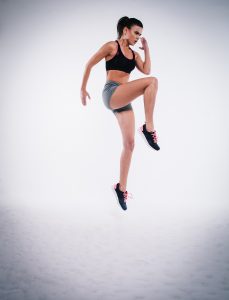 Your weight plays a role in the amount of calories you burn.

If you weigh 220 pounds, you’re going to burn more calories when you move your body, compared to a person who weighs 120 pounds. It’s like you’re carrying an extra 100 pound weight every time you move. You don’t have to be overweight for that to happen, either. For instance, on the average, a 125 pound man will burn 652 calories per hour running, compared to 965 calories burned by a 185 pound man.

The intensity of the workout plays a major role.

If you’re barely jogging along or doing a steady state workout that doesn’t push you hard, you won’t burn as many calories. The harder you workout, the longer it takes for recovery. During recovery, extra calories are burned to get the body back to normal state. The EPOC—excess post-exercise oxygen consumption—effect causes the increase. It’s the amount of oxygen the body consumes after a tough workout, compared to before the workout. The more oxygen necessary, the more calories burned. It can last up to 72 hours, so those calories also need to be included.

Your body composition and gender play an important role.

Pound for pound, men burn more calories than women when they do the same exercises. It’s all about body composition. Men have more muscle mass naturally. Muscle mass requires more calories. They also build muscle tissue faster. If a man and a woman did exactly the same strength training for a year, the man would gain six to nine more pounds of muscle because of hormones. Less muscle mass means burning fewer calories.