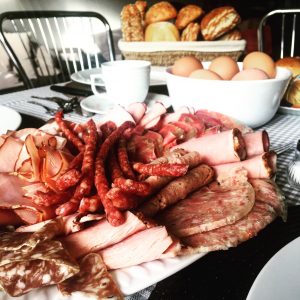 You probably have heard a lot about the keto diet and maybe even know that it involves cutting back on carbs and boosting fat. Do you know why it works? The traditional US diet is high in carbs, which the body converts to glucose. If you have low carbohydrates, it then converts fat to ketones, which it uses for energy. The process is known as ketosis. The keto diet puts your body into a state of ketosis to do that. This type of diet isn’t new. For hundreds of years, it was known that fasting helped control seizures, but you simply can’t fast forever. In the 1920s doctors found a way to lower carbs and increase fat to help do it like fasting did. That was the birth of the diet, until bodybuilders made it popular for weight loss in the 1980s.

Some people believe the keto diet is good for more than just weight loss.

People report improved sleeping patterns with less fatigue and restlessness. They say they feel full longer, which also helps with weight loss. Studies back these self-reported benefits. Some studies show it improves mental clarity and focus and others deduce that it helps burn body fat while also preserving lean muscle mass.

Kicking the sugar habit is one benefit.

Since it’s a low carb diet, you have to choose your carbs carefully and sugar or sugary products don’t make the final cut. The full feeling from the high fat diet helps curb hunger and after a few weeks off sugar, the cravings cease. Another benefit is the addition of healthy fat into the diet. Many people don’t realize how important healthy fat is. In fact, you actually need it in your diet to successfully lose weight. Healthy fat comes from foods like avocados and can improve your hair, skin and even heart and brain functioning. It can also help regulate cholesterol levels.

Low carb diets are described as those with a ratio of 40% protein, 10% carbs and 50% fat. A keto diet has 70-80% of calories from fat, 20-25% from protein and 5-10% from carbs. Translating the amount of carbs to grams of carbohydrates, it’s about 10 to 15 grams a day. That is about 15 grapes or a serving of carrots that’s fist sized each day. Both of those foods are high in natural sugar, which increases their carb count. One cup of chopped red bell peppers has 9 grams, a cup of raw broccoli has 6 grams and a cup of cooked asparagus has 8 grams of carbs.