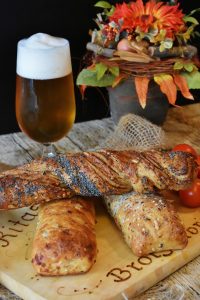 If you ask anyone in Calgary who is interested in health and nutrition to name the hardest food to digest, they’d probably say grains. When you think about it, it’s pretty easy to see some of the reasons they make digestion difficult. They’re seeds, with hard outer seed casings. Many were meant to spread their seeds by going through an animal’s digestive system untouched and deposited elsewhere in their excrement. It’s more than the hard outer shell that provides the protection.

Grains contain complex proteins that are hard to digest.

Unless you live under a rock, you’ve probably heard of gluten. That’s one of the complex proteins contained in wheat and other grains. To make matters worse, the amount of gluten has increased since the 1960s due to hybridization of wheat. The body has a hard time breaking down the proteins, so it wreaks havoc on the digestive system. Grain also contains disaccharides that are equally difficult to process, especially by people with already compromised digestive systems.

Many grains contain phytic acid, which affects the absorption of minerals into the body. Nutrient absorption takes place in the small intestines. When you eat foods high in phytic acid, it blocks that absorption or important nutrients and can lead to bone loss. To make matters worse, even whole grains have undergone a processing method that increase the damage to digestion. Not only are grains high in phytic acid, so are beans. A modern condition called leaky gut, which has numerous, seemingly unrelated symptoms, is becoming more prevalent because of the problems that comes from grains in the modern diet.

Digestion requires an enzyme to act as a catalyst.

All digestive actions start with enzymes. Since grains are seeds, they contain an enzyme inhibitor to help prevent the seed from sprouting if conditions are good for growing. These inhibitors may help the seeds to grow in the right conditions, but they certainly don’t help your digestion. By ingesting grains that aren’t prepared properly, we’re passing on these inhibitors to the digestive system, slowing or halting the process of digestion.