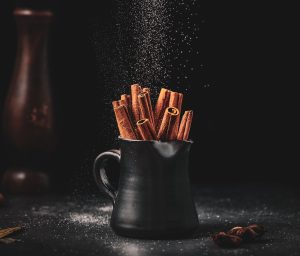 I focus on exercise, but I also know that you have to eat healthy to truly be healthy and see great results from your workout program. Whether I’m working with clients in Calgary, Canada or those online, I focus on consuming natural foods, which includes herbs and spices. One of those spices that have received recent attention is cinnamon. There are many health benefits of cinnamon, but you have to make sure you use the right type of cinnamon. There are two types, Ceylon cinnamon and Cassia cinnamon. While Ceylon cinnamon is known as true cinnamon, most people only have tasted Cassia cinnamon, which is the one most commonly used for cooking and most often found on the grocery shelf.

Cinnamon may protect you from diabetes.

Cinnamon may protect your cells and overall health.

Cinnamon has antioxidants that help prevent oxidative damage to cells. Oxidative damage can cause injury, illness and even death. It’s responsible for premature aging. The high amount of polyphenol makes it even better than garlic and oregano for health. It also has anti-inflammatory properties. Inflammation is good when it fights infection and helps tissue repair, but bad when it’s chronic. Inflammation is linked to a number of diseases, including heart disease.